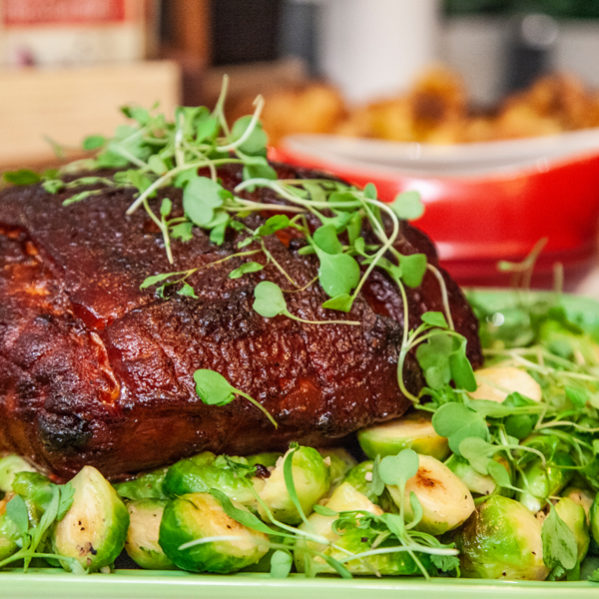 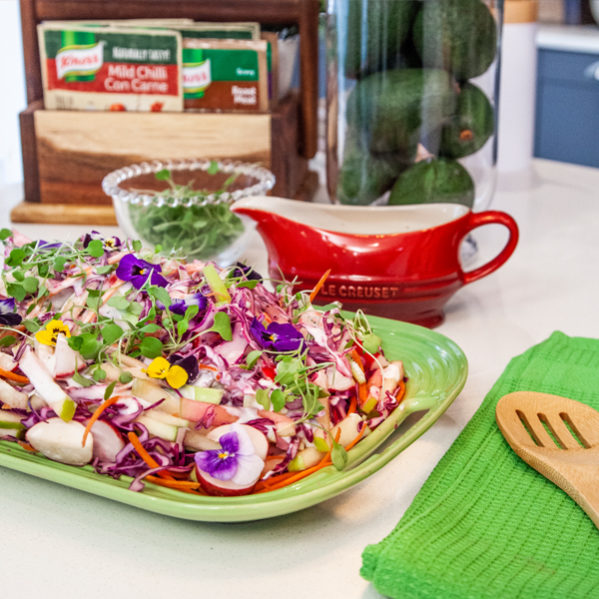 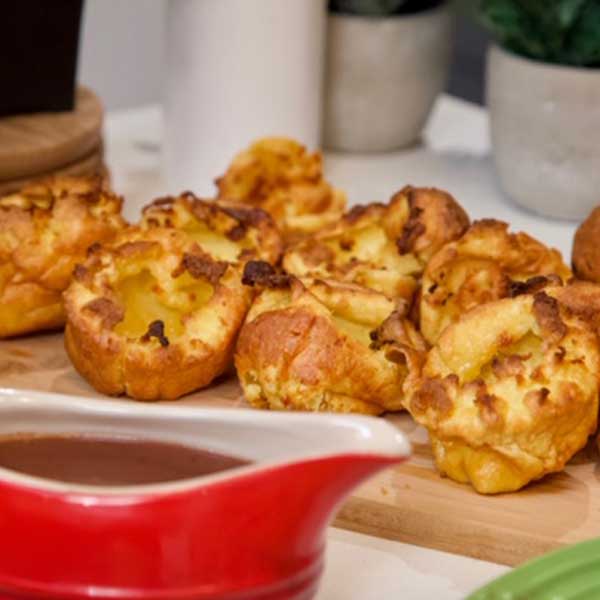 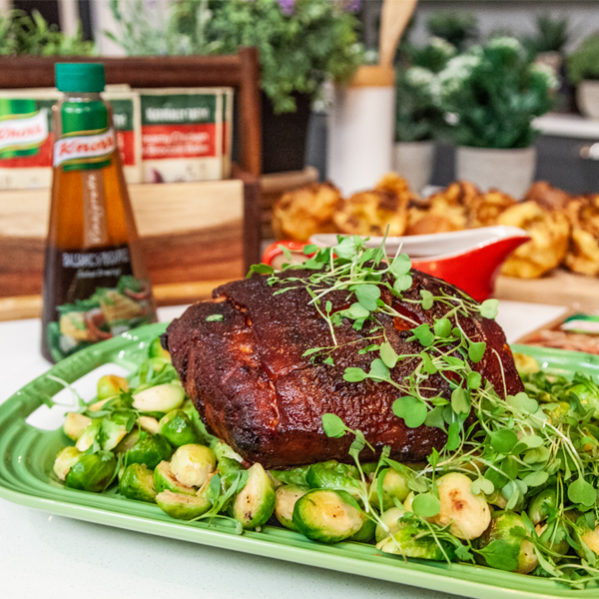 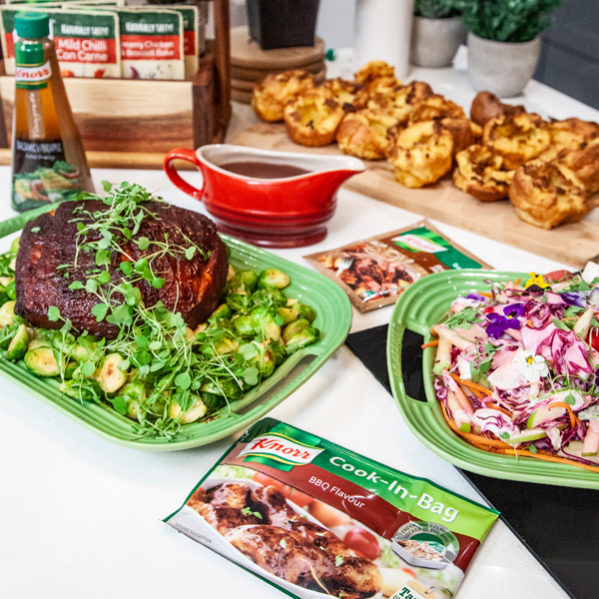 METHOD:
Preheat the oven to 150 °C. Peel 2 of the carrots and thickly slice them. Roughly chop 2 of the celery sticks (keep the remaining carrots and celery for the slaw). Put the carrot slices, chopped celery, onion, bay leaves and peppercorns in a large pot. Place the gammon in the pot and add just enough water to cover it. Bring to the boil, then cover the pot and place it in the oven at 150 °C for about two hours. You’ll need to refer to the instructions on the packaging for the exact amount of time, which is usually given in minutes per 500g of weight. In the meantime, made the slaw. Peel the remaining 4 carrots and coarsely grate them. Finally, slice the remaining 3 celery stalks. Cut the apples into slim ‘matchsticks’. Put the apples, carrots and celery into a big mixing bowl and add the shredded cabbage and radishes. Toss to combine. In a separate bowl, whisk together the yoghurt, rice wine vinegar, lemon juice and sugar. Season to taste with salt and milled black pepper. Tip the salad onto a serving platter, pour over the dressing and garnish with micro-herbs and edible flowers. Transfer the gammon to a roasting pan (keep the cooking liquid to make the gravy). Allow the gammon to cool slightly, then cut away the netting. Using the tip of a sharp knife, score the skin in diagonal crisscross lines to create diamond shapes.

Now make the glaze. In a bowl, mix together the dry powder in the sachet from the KNORR BBQ Cook-in-Bag (save the bag for another roast) with the KNORR Balsamic & Pineapple dressing to form a slightly watery paste. Brush the glaze onto the gammon and place the roasting tray in the oven for 30 minutes, or until the fat looks slightly crispy. Remove the tray from the oven and again baste it all over with the glaze. Roast the gammon for another hour (basting occasionally with the glaze) or until the fat is crisp and golden brown.

Now make the gravy. In a roasting pan, whisk together 750ml of the cooking liquid from the gammon, the red wine, and the contents of the sachet of KNORR Roast Meat Gravy. Bring to the boil, stirring constantly, then turn down the heat and simmer until reduced by half. Whisk in the mustard, then finish off the gravy by stirring in 2 Tbsp of the butter, for a beautiful glossy finish. Heat the remaining 3 Tbsp butter in a large pan. Add the Brussels sprouts and garlic and toss over medium heat until the sprouts are tender. Season to taste with salt and pepper. Slice the gammon and serve it with the Brussels sprouts, gravy, apple slaw and Yorkshire puddings.